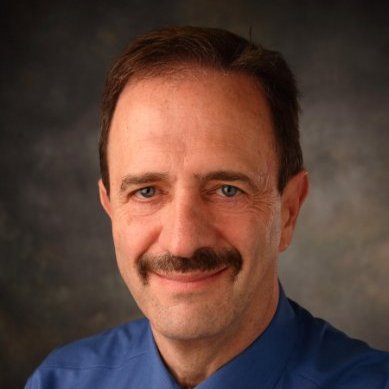 The Power of Used Car Marketing!

This is the fourth article I’ve written in two years on the importance of franchised dealers expanding used car marketing efforts in order to not just survive but thrive in the coming decade.  Having been in the retail automotive field for most of my working life, my greatest joy has been the ability to help dealers achieve their greatest possible success.  The company I founded in 1983, CBC Automotive Marketing, has helped a lot of great dealers reach new vehicle sales goals they never imagined possible.  But most importantly, achieve the kind of profitability that has enabled solid growth, exceptional customer satisfaction and lasting brand equity.  When I started CBC many dealer clients were selling Ford Escorts for $99 a month on 48-month contracts.  The MSRP of those vehicles was roughly 25% of the median income.  You’d be crazy to buy a used car with those metrics…right?  Here was a car that got almost 30 miles to a gallon, had front wheel drive and was really a pretty solid little vehicle.  Today, a similar little econo box will set you back thirty grand, close to 60% of the median income and to get a payment that works without a trade or big down, you need an 84-month contract!

Consider the reality in the numbers.  In 1975 the median income was $12,686.  A new vehicle was $3,800.  Roughly 30% of annual income.  Today, even an econo box is more than 50% of the annual median income and most people don’t want an econo box!  The more desirable CUV lookalikes (hard to tell a Jaguar from a Kia) are well over 60% of the median income.   The hard truth is, that unless you can finance folks for the next ten years 70% of America is struggling with new vehicle prices.

As I review scores of articles from speakers at meetings and conventions, the message is getting stronger and more supportive of the need for greater balance in franchised dealer used car marketing.  For a while the OEM’s were only supporting CPO sales.  Now more manufacturers are recognizing the need for a new/used vehicle balance to keep those franchised dealers profitable.

In a recent interview Erin Kerrigan, founder of the sell-side Kerrigan Advisors, talked about a survey of 650 franchised dealers.  In that survey 86% of respondents said they project the value of their business to either climb or remain steady.  The conclusions were that those dealers who remain highly optimistic felt the high margins of used vehicle sales, F&I and service and parts were the keys to continued growth, profitability and brand equity.

More and more successful dealerships are employing cutting edge tactics such as sell-from-home, where a person can get an offer on a used vehicle with just a few clicks and the dealership will visit the owner, write a check and pick up the vehicle.

The used vehicle marketing space is getting big spend from national operators like Vroom and Carvana hawking home delivery and satisfaction guarantees.  Some of the biggest automotive public groups are opening up stand alone used vehicle operations.

If you are not solidly in the used vehicle business in the next few years, you are committing yourself to commodity sales of new vehicles for not much more than the doc fee.  It’s starting to look like the gas station business back in 1960 where the owners of Esso and Sunoco and Texaco were selling gas for 1 cent a gallon to bring customers into the service bays and wash racks.  American franchised and independent dealers will sell 70 million cars next year.  Around 16 million will be new.  The rest used.  Simply math would tell you that if you’re not selling at least one to one, you’re missing out.

What will your strategy be for increasing used vehicle sales?  What percentage of your budget will you devote to the marketing effort?   One of the greatest challenges to most franchise dealers is the coop addiction that has dominated and controlled advertising efforts on all tiers.  The factory is not going to help you (other than CPO) with this effort.

Most importantly, who is running the Used Vehicle Sales Ship?  If you don’t have a strong used vehicle manager this should be your most important hiring goal in the next few months.  There is a limit to what you can pay a new vehicle sales manager.  A really good  used vehicle manager is worth his or her weight in gold.  Because they can bring a lot more gold on-board.  A really good inventory management system is also key.  From the majority of those I’ve talked to VAuto is one of the best.  There are also new ways to put idle inventory into the ‘black’ column with programs offered by companies like Hyrecar which rents to Uber and Lynx rideshare drivers.

Rather than the redundancy of bullet point laundry lists of suggestions for implementing a strategy and tactics to increase your used car business, I encourage you to download from the DigitalDealer.com/magazine archives.