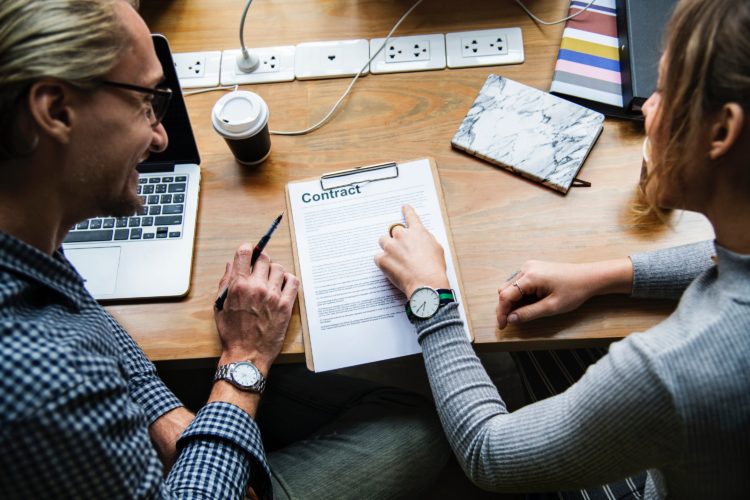 The Power of Aggressive Broadcast Negotiation

This is the year to grind out some of the best broadcast deals possible.

Despite pressure on grosses, increasing interest rates and competition from every angle, you can hold and improve your position with better expense control, more effective marketing strategies and competitive negotiating skills.  2019 is THE broadcast year with lots of avails and no political ads that control rate structure.  2020 broadcast calendars will be loaded with political ads that command the lowest rate by law.  Especially in the second half of the year.

First and foremost, broadcast radio and TV still do work…in fact exceptionally well in certain demographics.  While digital continues to expand in national and local spend, broadcast is still a powerful force with the right media buy and the right creative.  Even in markets where the Digi world was born, Northern California, there are some amazing stories of traditional radio and TV success stories.  One import dealer, who I have known for over 20 years, shared how cutting his radio buy for several months resulted in a dramatic drop in average front end gross.  A dealer in Florida one of the biggest weekends of the year by adding a strategic 5-day radio and cable buy.  This dealer says the greatest activity came specifically from an offer only advertised on the broadcast buy.

If you’d like a free copy of a Media Post Research article by Jack Loechner with the title ‘Traditional TV and Radio Hold Their Own’, send me an email (jim@CBCads.com) and I’ll forward it to you.

Listen to Everyone!  Okay, you can’t listen to everyone, but if a broadcast TV, Radio or Cable salesperson says he/she has a great idea… LISTEN!  Some of the best ideas I’ve shared with dealer clients have come from the lips of folks who are anxious to make their bones by producing trackable traffic.  Some years ago, on a visit to a Michigan dealer a radio salesperson stopped by the dealership to pitch a package for the coming weekend that not only provided a great deal on spots, but the station was willing to put an inflatable 50 foot baseball tethered to the roof of the dealership with the words ‘We’re Playing Ball’.  Turned out the Tigers were having a big game that weekend.  The station was covering the game.  We had adjacent spots in the game with 50 spots preceding the game. We sold 75 cars that weekend.  Biggest, best promotion the dealership had enjoyed in years.  All because we listened.  Listening cost you nothing.  And most ideas won’t sail.  But every once in a while you’ll hit a home run if you just listen.

Throw the Rate Card in the Wastebasket!  The rate card is the stations MSRP!  The deal can always get better.  Always.  The proposal is only an opening offer.  Counter with what you feel represents the best value.  A common ploy by the station is ‘pre-emptible’ spots on several tiers.  That’s pretty much how the digital world plays.  In other words, your spot is never guaranteed position (or search relevance) as long as someone else is willing to pay more.  A strategy to keep your spot in the preferred tier agrees to the higher non-pre-emptible rate, however, package bonus or lower priced spots in other positions that bring your rate average to the level you want.  If you’re in a larger metro area, don’t hesitate to ask for bonus spots on nights and weekends.  You’ll be amazed at the number of 2nd and 3rd shift workers tuned in.

Think P.I.  (per inquiry).  When broadcast radio and TV was in its infancy, it was common for stations to offer ‘per inquiry’ or ‘per sale’ spots, where you paid only for spots that actually generated inquiries or sales.  Now, it might be difficult to negotiate that specific tactic today, however, whenever our media department was involved in negotiation for a station we had never used, we made it clear that we would track activity through a media habits survey, tracked to scheduled spots and any future business would depend on results.  Putting the ‘tracked results’ game back into the lap of salesperson encourages that salesperson to work with station scheduling to make sure spots are run at critical times and often encourages non-negotiated ‘bonus’ spots.   Some years ago I told a Philadelphia market station, who had been after my dealer clients business for 5 years, that we were going to ‘gamble’ with a buy for the coming weekend.  I told that station that we would place $500 on that station for spots run from Thursday thru Saturday.  I didn’t care how many spots they ran or what time the spots were run, but if we could track at least 3 visits directly to the station, we would sign a three-month contract.  We sold 8 vehicles that weekend directly attributed to the station.  We signed for three months with the caveat that we would track carefully and base our future actions.  The station went on to become one of the biggest producers and best CPI values, and a long term media player or the dealer.

Do a Media Habits Survey!  And ask the right questions!  Within 90 minutes of the sale/delivery, you will enjoy the highest level of customer compliance with a one-page media habits survey where you ask no more than 40 questions.  Don’t ask ‘what brought you in today’.  Ask which stations your customers listen to on a regular basis.  Which TV stations or programs they watch on a regular basis.  Which websites they visited prior to purchase.  Make sure you are tracking which stations vehicles are tuned to in the service drive.  When a customer volunteers a source that motivated or nudged them to visit you, make sure it is recorded.  Weight your own local research 70% to the national, regional and local programs offered by media salespeople and third-party folks with an agenda.

Ask for Collateral Support.   Before you sign on the dotted line ask the station to come back to you with a collateral support program, including such items as premiums to offer your employees and customers.  Ask for more bonus spots, bonus feature sponsorships, premium positions, live broadcasts at your dealership, live spot call-ins, endorsement possibilities by station ‘stars’.  Even though print is on the wane, some years ago our media department asked for bonus display ‘islands’ on the stock market page before renewing an annual line contract.  Newspapers rarely gave up anything, but in this case, the paper agreed to the offer which in term tracked as one of the best performers for luxury sales at the dealership we represented.  Ask!  And then ask for more!   Remember, when a 60-second radio spot or 30 TV availability goes by without an advertiser in the position, its time lost forever for the station.  If there are avails they want to fill them.

Never Bend to Ratings Claim Pressure.  Often stations will wave research reports that show them #1 or #2.  They believe if you’re going to buy broadcast media, you’ll buy three deep.. including only the top-rated stations as mandatory.  Nope!  In fact, in the 30-year experience of our media buyers, we’ve found that often a station ranked at the bottom can outperform in efficiency and value even the highest rated players.  Remember.. its all about CPM.  Even though another lower ranked station might reach fewer overall listener/viewers, if the price is right, it might reach enough customers to outperform #1 in terms of effectiveness.

Go Back to the Well.  Don’t be afraid to ask for more.. even if you have a satisfactory packaged negotiated.  One of the greatest value strategies for a promotion in the last ten days of the month is to call the stations you are advertising with and tell them you have an additional amount of money you want to spend over a weekend.  Ask them to come back with a proposal before the day’s end… but make it clear you will only award this to just one station who has the best proposal.  You’ll be amazed at what some of these stations come back with.  This is found dollars.. on top of your regular schedule.

Protect the Confidentially of Your Deal.  Because the greatest fear of any broadcaster is the ‘deal’ they make with you might get out, make it clear you’ll protect the confidentiality of your deal.

Pay Your Bills in a Timely Manner!  Many of the broadcast salespeople (and sales managers) that call on you carry around a ‘receivables list’ that often dates back on collections 3 months, 6 months or more.  One of the best negotiating tactics that will nudge your station to accept a deal is the promise that you’ll pay within 30 days.  Salespeople hate collecting old receivables.  Often they lose commission on those deals.  Paying in a timely manner says they are going to get a commission in a timely manner.   You’ll be amazed at the power of this simple tactic.

THIS ARTICLE WAS ORIGINALLY PUBLISHED IN DEALER MAGAZINE.