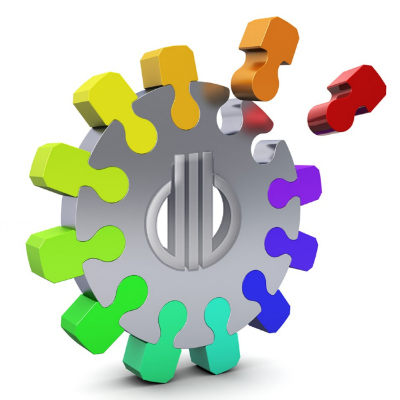 For decades now, CBC Advertising has been touting the benefits of spirally integrated ad campaigns, where all of the various advertising media are “singing off the same sheet”, to achieve the best ROI on ad dollars. In today’s ad landscape, with all the various media available to consumers, spiral integration isn’t just an ideal, it’s a necessity. Every organization out there should be practicing it.

What happens if your media message spirally integrates across different types of advertising, and ties in with charitable organizations, broadcast media stations, online channels, news outlets, dealer associations, and every member of your team?  How far will an ad campaign take your organization then?  Such a campaign recently took place with the Perry Auto Group in Southern California, including Perry Ford of National City, Perry Ford of Poway, Perry Chrysler Dodge Jeep Ram, Perry Infiniti of Escondido, Perry Ford Mazda of Santa Barbara, Perry Ford Lincoln in San Luis Obispo and Perry Volkswagen of San Luis Obispo.

When meeting with the Perry management back in January, we had originally planned to do a race-themed campaign. Nothing particularly new or earth-shattering here…a race to a certain number of vehicles, where we’re doing whatever it takes to meet our goal. The campaign promised to be high-energy, exciting and to move traffic into the stores, but it was still a campaign people have seen. Then one of the managers mentioned that a lot of people in southern California are affected by breast cancer.  Ideas started flowing back and forth.  We contacted Susan G. Komen San Diego, and the “Perry 2000” race with a charitable tie-in was born.

The level of spiral integration is what truly made this campaign stand out from an advertising standpoint. The race logos, media spots, online web rotators, specials graphics and POP items (including a wrapped car) were leveraged for the same purpose.  This includes updating items strategically as the race progressed. In addition:

You simply can’t place a dollar value on that kind of extra exposure, both in the short and long-term.

But the spiral integration didn’t stop with the advertising. This campaign permeated the organization itself. Breast cancer is an issue that hits home for a lot of people, including many Perry employees (and myself, for that matter), and as a result, the whole company became involved and pulled together for a common goal.  A great example of this were the “Pink Fridays”, where each Friday during the 2-month race, all Perry stores would have their employees dress in pink, with pictures taken for social media, etc. The level of teamwork and camaraderie was truly a great thing to see.

The tagline of this campaign was “Perry’s Driven for the Cure, and This is the Race Where Everyone Wins!”  That tagline could not have been more accurate. As a result of this campaign and the hard work of everyone involved at CBC Advertising, Perry Auto Group and all of Perry and Komen’s vendor partners, many vehicles sold.  When customers across southern California receive great deals on their new or used vehicle, and most importantly, your dealership can donate $107,050 to Susan G. Komen San Diego, you know you it is a successful campaign.  A donation like this can cover over 800 life-saving mammograms or over 2,000 days of free meals for women struggling to put food on the table during treatment.

I speak not only for myself, but for everyone at CBC Advertising, when I say how proud I am to have been a part of this campaign.

The next time you’re considering an ad campaign, ask yourself: “Does this campaign spirally integrate all available ad media?” and if the answer is “yes”, then take the next step and ask yourself: “Apart from ad media, am I doing everything possible to spirally integrate and cross-promote this campaign across other organizations and within my own organization?” By taking these steps (or trusting your advertising to an expert ad agency), you’ll be taking Spiral Integration to the next level, which can lift your organization to new heights, both in the eyes of the public and in the eyes of your own people.