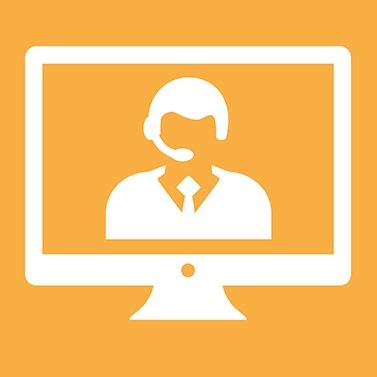 In Part 1 and Part 2 of this series, CBC Automotive Marketing’s Research Department outlined some key findings they’ve uncovered recently in automotive consumer media habits. However, as Heraclitus wisely said millennia ago, “Change is the only constant in life.”, and that certainly holds true for the COVID-19 era. With the recent arrival of the Delta Variant, the media habits shifts we’ve seen in Parts 1 and 2 of this series could potentially turn on a dime.

Where CBC’s Media-Buying Department works hand-in-hand with Research every day to take our research findings, combine them with third-party data, and implement them for our clients, it’s imperative that our Media Buyers continue to ask questions based on the most recent data possible; questions like: “Is streaming the only way to get in front of customers right now?”, “Does anyone still listen to the radio?” and “Is sports viewership making a comeback?”, among others. Consumer media habits research has long been the key to understanding who to target and where to reach your audience, and over the past year and a half, this information has become even more vital. Let’s look at some third-party research that complements what our own Media Habits Research has recently uncovered.

According to Parks Associates, in 2020 OTT (Over-The-Top) became the most common way for Americans to consume video. In the first quarter of 2020, 76% of US broadband households reported subscribing to an OTT service. Fast forward to 2021 and that statistic has grown to 82%. In comparison, pay-TV services (like cable or satellite) have declined slightly from 72% in 2020 to 70% in 2021. There’s no way around it – OTT is here to stay! In fact, Parks Associates predicts OTT service subscriptions will increase an additional 20% over the next five years.

The adoption of OTT services in US households has certainly changed the dynamic of the media landscape but that doesn’t necessarily mean “out with the old – in with the new”. For instance, one might have expected radio listenership to plummet during COVID, but in actuality 83% of Americans aged 12 and older still listened to terrestrial radio in a given week in 2020, compared to 89% in 2019. That’s a drop for sure, but not off a cliff. And according to Nielsen, life looking “more normal” than in the early days of COVID is proving to be a boost for radio listenership. Jon Miller, Nielsen VP of Audience Insights said “radio’s average quarter-hour audience peaked at 7.8 million people in PPM markets in May 2021. That was a 20% increase from a year ago.” And in terms of reach, Nielsen is seeing a 6-8% increase across all demographics in PPM markets compared to where we were last year. Plus, with regard to podcasts (did you know you can insert ads in them now?) we’re seeing listenership grow year-over-year. According to Edison Research and Triton digital, as of 2021 41% of Americans aged 12 or older have listened to a podcast in the past month. That’s up from 37% in 2020.

As we see radio listenership start to shift to pre-pandemic numbers, one would think the return of sports programming surely has ratings going through the roof! However it appears sports are struggling to get back their audience. Sportico reported that over the course of the 2020 NFL regular season, broadcasters averaged 28.4 million viewers, down from 32.5 million viewers in 2019. This COVID-dip is just the latest decrease in a 3-year string of rating disruptions. Although it’s worth noting that preliminary 2021 preseason NFL numbers are showing a hint of a rebound, with Nielsen reporting the recent Patriots-Eagles game pulling in 1.67 million viewers, making it the NFL Network’s most watched pre-season game since 2018 (keep in mind there was no preseason in 2020).

Sports viewership has been on a downward trend for years. According to CNN, the NBC TV audience for this year’s Summer Olympics was down 45% compared to the 2016 Rio Games. It’s worth noting though that with viewership decreases like we’re seeing in the NFL and the Olympics, the drops are complicated by shifts from broadcast to streaming and other digital platforms. For example, NBC reported that viewers had streamed 3 billion minutes of Olympics coverage across NBCOlympics.com, the NBC Sports app and its Peacock streaming services. That number is set to surpass the Rio Olympics.

COVID-19 has left its impact on many aspects of human life and media consumption is not exempt. In order to stay ahead of the competition, now more than ever your dealership or group needs to utilize consumer data to ensure your marketing dollars are spent wisely. An automotive dealership with the best creative and best deals should be able to beat out the competition…but if their messaging isn’t reaching their target audience, they’re at a disadvantage. That’s why market research (and especially researching your own customers) is so vital, especially during a volatile time when audience fragmentation is much more commonplace.

We’ll continue to post updates as new media habits data becomes available. In the meantime, if you’d like to have a conversation about your media buying, please reach out to us below!