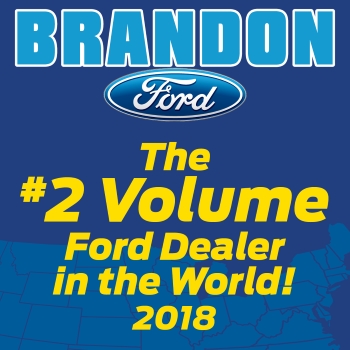 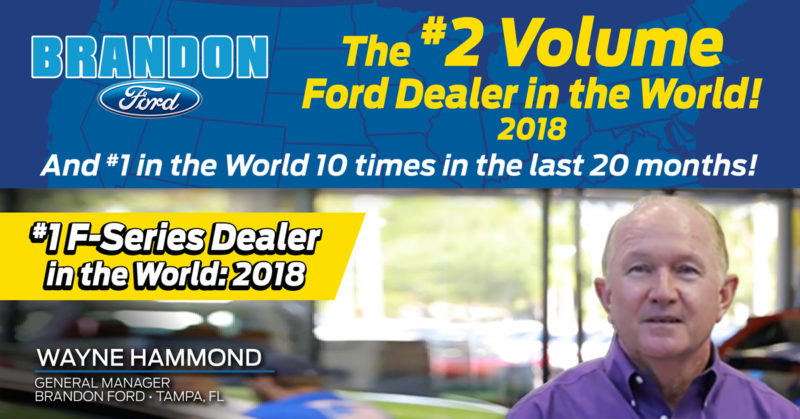 When Brandon Ford hired CBC Automotive Marketing in 2001, they were the #4 Ford dealer in Tampa, and #183 in the US. They were struggling to get their CSI up to par and were working hard to hold gross in a very competitive, price-driven market.

In 2001, Brandon Ford made 2 key changes. They shored up their internal operations, and they hired CBC Automotive Marketing. Once CBC audited their media mix and marketing plan, we decided to get them on the radio to begin brand-building with a value message and pricing philosophy. We featured General Manager Wayne Hammond in some unconventional-dialogue spots that promoted good customer service and great deals without ever giving specific pricing. By 2002, Brandon Ford became the #1 volume Ford dealer in Tampa. By 2004 they became the #1 volume Ford dealer in Florida and have stayed in that position ever since.

CBC’s media plan now includes a comprehensive strategy, with an effective mix of highly-researched traditional marketing and data-driven digital marketing to keep Brandon Ford in front of potential customers wherever they consume media. Via traditional and Internet radio, cable, social media marketing, paid search and point of sale…a potential customer sees and hears consistent, integrated Brandon Ford messaging regardless of whether they’re researching a vehicle, browsing the internet or are simply on their commute to work.

In addition to being the #2 Ford Dealer in the World for 2018, the #1 volume Ford Dealer in the World 10 times in the last 20 months and the #1 volume F-Series Dealer in the World for 2018, Brandon Ford also holds the distinction of having sold more CPO Fords in one month than any other dealer in history.  Since CBC began working with Brandon Ford, they have never had a month that has seen red ink (not even during the recession), their CSI ranking has made a complete turn-around and their sales volume and profitability are through the roof. To this day, they are one of the most profitable Ford dealers in the country.

CBC is proud to be a small part of Brandon Ford’s large success!

Whether you sell 30 or 3,000 cars a month, if you have your dealership operations in order, CBC can help take you to the next level. Let’s have a conversation!