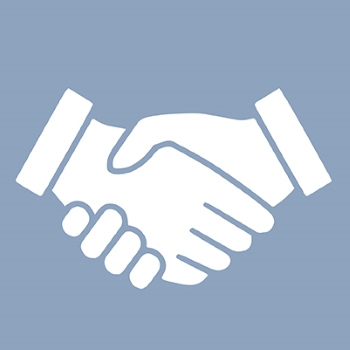 One of the least known, most incredible retail automotive marketing stories in our history is the story of Ralph Reedman and his brothers who sold over 60,000 vehicles a year (yes..SIXTY THOUSAND) back in the 1950s.

And those aren’t numbers from numerous locations.  60,000 vehicles a year from ONE location in Bucks County Pennsylvania.  For many years, the Reedman’s advertised used…and sold record-breaking numbers of new cars from those used car ads.  Advertising used captured the largest possible demographic without putting the price of a new vehicle on competitive display.  Ralph Reedman believed in a proven marketing concept.  When presented with choices, most customers will choose the best-perceived value within the bounds of their budget.  Advertising used, but offering a ‘new’ option made a lot of ‘new car’ dreams come true for many who had consigned themselves to the used market.

The reason so few dealers know about this amazing success story is because the Reedman brothers were fanatical about avoiding publicity.  They never spoke to reporters.  They declined all interviews and press.  They just put together one of the most remarkable vehicle sales organizations and sales strategies in America.

In the mid-40s, Ralph Reedman and his brothers began selling cars to Vets returning from World War II at the Reedman Motor Car and Truck Company situated across the street from the Langhorne Speedway on the Lincoln Highway in Langhorne, PA.  The Reedman’s huge property, over 120 acres, had two test tracks, one for customers and one for mechanics.  And lots of cars, often as many as 8,000 new and used vehicles on the lot.  Customers would come from New York and Delaware because they knew they could shake hands with the door handles of the vehicle they wanted…even drive it on the test track.  The Reedman lot was filled with both new vehicles from Chevy, Packard, and Desoto, and later a total of 17 makes of new vehicles with thousands of used vehicles of every make.  The Reedman organization was also filled with well-trained personnel who understood the goals, directives, and objectives of the Reedman brothers.  So what made Reedman so successful?

There were no operational guessing games.  Every strategy, every sales tactic was clearly defined down to word tracks used with customers.

Yes, there was a ‘guard tower’ and there were greeters to assist and direct customers.  And for the rare instance when someone left without buying, someone to inquire about the reasons their needs couldn’t be met. Often the crowds were so overwhelming on Saturday mornings that uniformed guards directed traffic to remote parking lots and shuttle buses transported customers to the showroom.

Vehicles were not segregated by makes.  Reedman had a single management staff and salesforce for all vehicles, both new and used.  Customers could walk from a Chevy to a Desoto to a Lincoln without the typical constraints of the manufacturer.   The ‘Detroit Big 3’ didn’t like it at first but stopped complaining when Reedman became the national sales leader for each manufacturer.  Herbert Reedman Jr. once commented that “Every manufacturer would have died to be under our roof.”

Often a customer would choose a used vehicle that had been advertised, and a salesperson would begin the paperwork with a question:  “Did you know you have new car credit?”   Financing options were available and the money originally intended for a used purchase provided a substantial down payment for a new vehicle!  While some say Reedman was one of the first ‘one price’ dealers, vehicles were only discounted according to demand, said one former salesperson and there was a negotiation. Reedman management would keep close track of all competitive pricing and trends.  One of Reedman’s former managers told me that Reedman would sell what he wanted to sell.  Often jousting with manufacturers for ‘opportunities’ and directing all of sales energy on certain makes/models to reach objectives.  Reedman believed in a tight turn and would often discount the vehicle below cost if he felt it was necessary.

The Reedman staff took pride in its ability to take a trade, sell a new vehicle, get the vehicle financed and prepped and send a customer home in as little as one hour.

Sell the Experience.  Sell the Brand.

Customers were treated to ice cream and piped-in music.  TV commercials talked about the experience of choosing from 8000 vehicles showing aerial shots of inventory.  The experience of many different makes all under the same room. The experience of finding just the vehicle you want at the right price and driving it home the same day.

Maybe it was the post-war mentality, but the Reedman’s kept all sales strategies close to the vest.  They would never grant interviews or even exchange information and ideas with fellow dealer friends.

I met Ralph Reedman only once, in the late 1980s at a NADA convention.  True to his reputation, he wouldn’t talk about any of the strategies that made him one of the most successful car dealers in American history.  But he did smile a little when I asked him about advertising used..and selling new.  He passed in 1994 and his brothers sold the dealership that same year.  If only he had written a book.

Looking to revamp your marketing strategy? Reach out to us  today for a free consultation!